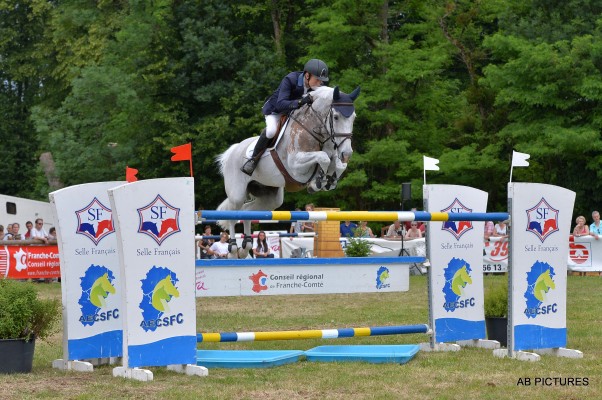 Steven Franks: A Show Jumping Producer who has a deservedly solid reputation.

Steven Franks has produced some of this countries leading super stars for the big names and is consistently producing horses from the very best gene pools.

His recent daily successes on Billy Ginger (Billy Congo) at Bolesworth reflects just what a consummate professional Steven Franks is when it comes to the profession of the show jumper and as producer of reliable, consistently produced horses and still campaigns horses for The Billy Stud.

What makes Steven Franks the Show Jumping Producer to go to?

Stevens’ strengths are across the board but he certainly excels in the young horse classes giving his rides the best grounding to start their careers for example Aciolet and Kannonko who have both moved to Guernsey and Faize who now competes in Saudi Arabia.

He picks the best bloodlines and is very good at producing mares, which for breeders of course means conformation and performance potential, some of his recent sales include:

Tia Semilly by Diamant de Semilly,  a stallion he has used again on his own Hello Clover this season.

His most famous campaign was the Billy Studs Cevin Z who Steven Qualified for 3 finals at the Horse or The Year Show in 2003 and rode him to 4th in the exciting and well contested Foxhunter Final that year. He successfully campaingned the six-year-old Beyonce Z out of Ramona XVI (by Cardino) who was successful in youngster classes in Mijas with Steven Franks by the wonderful Stallion Berlin.

Steven is an ambassador for Horse Scout, and one of the countries most respected riders. He spent 6 years with the Funnels and the Billy Stud, proving not only himelf as a rider and trainer but also a good friend when it counted.

He rode the international Grands Prix horse Mondriaan, to many successes and this horse then went on three Hickstead derbys. Wicklands Stud are consistent horse producers; Grand Prix and Derby Horses not withstanding their horses have been placed at every national final at HOYS, represented GB at the World Breeding championships with several horses also selected for the Equine Pathway.

Wicklands Stud has everything that an owner could want.  Professional and successful campaigners with support from a great team enabling competing on both national and international circuits.

Wicklands Studs’ breeding program is on course to produce its own youngsters in the competitive arena with Steven Franks and this years crop of foals follow in good footsteps.