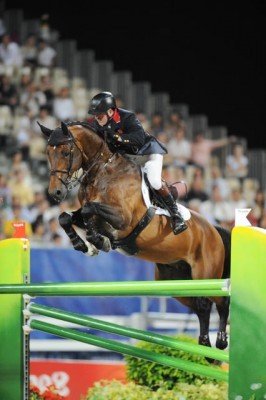 Stallion at Stud Ramiro B
Malpas

Peppermill is one of the best horses jumping in the world today! Emile Hendrix commentary re Peppermill Performance -2006 World Games5th, 2007 European Champs, 2008 Beijing Olympic Games Team Amongst many other major competitions, Peppermill has won the Grand Prix in San Patrignano and Rome and was the winner of the £90,000 Grand Prix at the 2009 Global Champions Tour in Valencia. He has been the anchorman in 22 Nations Cup teams over a three year period and was part of the British Team at the 2008 Beijing Olympic Games. In May 2008, Great Britain won the second leg of the 2008 Samsung Super League FEI Series in Rome. John Whitaker and Peppermill were the Team Manager's choice to jump off against USA and the combination pulled everything out of the bag to jump a third foot perfect round to take the victory for Great Britain. Repeating his treble clear round performance in the previous days Samsung Super League competition, Peppermill claimed victory in the Grand Prix by jumping a further double clear round. In 2011 he was once again part of the Bronze Medal winning GB European Team in Madrid. Peppermill is an ideal stallion to add strength and scope to a mare. His bloodlines produce power and fast reactions... 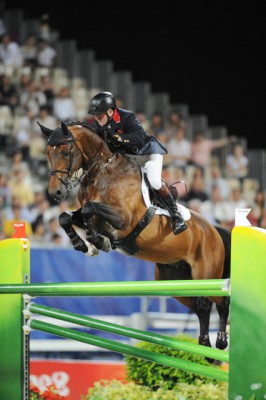