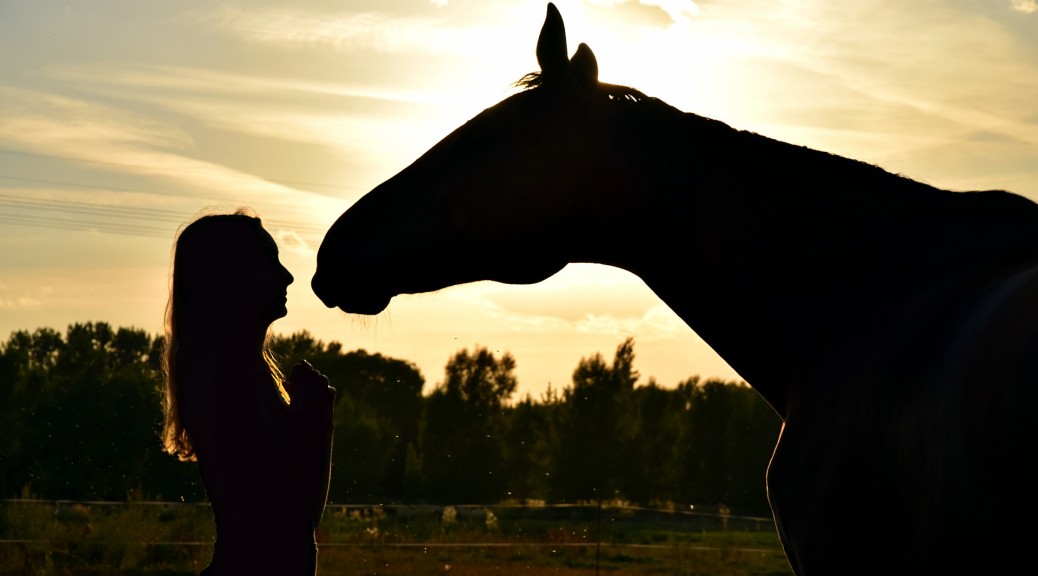 Who is responsible for a horse? Is it the owner? Or the breeder who made the decision to breed him or the vet who oversees his health? The trainer who educates horse and rider? Or is it the governing bodies who make the rules or even the welfare organisations to protect and remedy?

I am lucky enough to be invited to The World Horse Welfare Annual Conference each year, alongside representatives from all the principal equine, veterinary and animal health bodies and societies from all over the world. It never fails to throw up some interesting questions and spark intelligent debate and this year, the theme was “Who is Responsible? A number of high profile speakers came to give their view on who is responsible for equine welfare, the power of horses to human emotion and how we communicate the right message.

The first speaker of the conference was Annamarie Phelps, the recently appointed as the Chair of the British Horse racing Authority (BHA). An ex Olympic rower who has worked for a variety of sports governing bodies, Annamarie has first-hand experience of the complex political and regulatory issues which comes with horse sport and equine welfare. 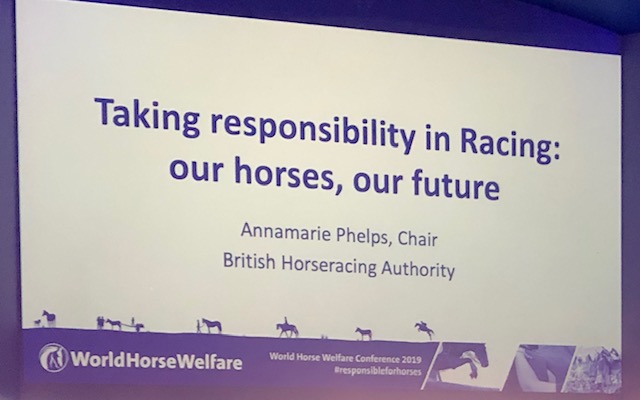 Horse racing faces an everyday challenge with image, not just from animal activists but an ever increasing percentage of the general public, who believe that racing is cruel and should be banned. Annamarie reinforced the stringent welfare policy that the BHA conduct but also reminded us of the benefits and happiness which working with horses brings to so many of all ages and social backgrounds. “We have seen the therapeutic power of horses to broken people” she said.

She spoke of the financial contribution the BHA is making to health and welfare, with a £32 million levy directed entirely at veterinary research. In addition the BHA have commissioned a project with Bristol University to measure the welfare and wellbeing of a large number of racehorses so that we be able to improve our understanding and identify potential risks for both sport and race horses.

Her closing message was clear: “We need to work together as lovers of horses. We must be transparent when communicating our message and inspire with the power of sport. We must also have empathy for the doubters and have a deeper understanding of the people we need to reach”.

Rachel Murray from the Animal Health Trust and Rossdales Equine Hospital has led numerous studies on equine training, injury and performance, including improving understanding of horse and tack interaction. Her latest study is on the effect of bridles to a horse’s well-being and way of going. Extensive experiments and analysis were conducted on a number of horses of different breed and sporting use around the world. The following conclusions were drawn:

Lynsey Stride, a Commoner from the New Forest gave an enlightening talk on the importance of the New Forest ponies to the surrounding wildlife. There is scientific evidence that the ponies and their “natural” existence actually help conserve the eco-system. In turn, Lynsey raised the question “How often do we think about the effect of our horse and paddock management to nature?”

This included how and where we disposed of muck and what hay and grass our horses were consuming. For example, the fairly recent trend towards rye grass may well be detrimental to horse health and the environment as it is a grass not actually native to the UK. Pasture management was another key issue. “We need to see ourselves land managers as well as horse-owners” Lynsey argues. “You see too many pastures eaten to the bone and not given time to replenish. Seeing fungi in your field is a good indicator of pasture quality and hedgerows are far better for the environment than electric fencing.”

“Animal hoarding” was discussed and defined by Bronwen Williams, a former mental health nurse, now an educator and researcher into the impact of animals on human mental health. Bronwen is currently delivering a project with World Horse Welfare which aims to train welfare staff in interventions for those at risk of, or involved in, the hoarding of animals.

Many of us know owners and breeders whose number of horses have spiralled out of control. Perhaps we even question our own practice. I know I have, when winter sets in and I question “how have I ended up with so many horses at this time of year?” Beyond the level of my own small holding of much loved horses, animal hoarding is a growing problem in the UK. It is not only horse lovers who can be held responsible. Indiscriminate breeding even at the highest level is rife, with raised ambitions and sky high prices given for good horses, there are few breeders who are not chasing “the one”. So often these horses end up unwanted or are off-loaded on naïve individuals.

Bronwyn argued that the problem required more agency input, as well as an understanding for the human behaviour behind animal hoarding, be that horses or other species. “It comes down to human behaviour change and we need to support these owners and at the same time recognise the importance of animals to some people’s mental health.”

Coming up in part two: the power of social media to communicate and distort, equine flu and the risk of equine disease and an important message from HRH Princess Royal.

Written by Horse Scout’s Ellie Kelly who was in attendance at the World Horse Welfare Annual Conference 2019.