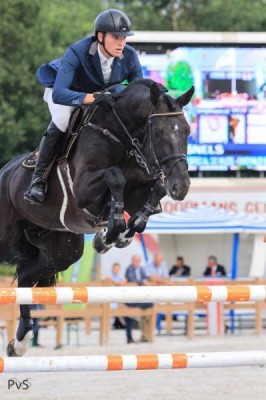 Stallion at Stud For Pleasure
Compton

Stallion at Stud Contendro I
Compton

The stallion I’am Special de Muze honors him own name with his special pedigree. Both his sire Emerald van ’t Ruytershof as well as his dam Walnut de Muze are very succesfull in international jumping with Harrie Smolders. Smolders and Walnut de Muze presented the Netherlands in the winning nation cup team in Calgary and Dublin and represented Holland in the team at the European Championships in Calgary and the Worldchampionchips in Kentucky. Walnut de Muze is also the dam of the kwpn approved Falaise de Muze. The granddam of Special de Muze is the famous mare Querly Chin. She competed in the worldcup final of Milan with Christophe Barbeau. She is one of the topmares in Belgium by producing several international jumpers such as Walnut de Muze, Merveille de Muze, Narcotique de Muze II, Narcotique de Muze IV, Walloon de Muze and Werly Chin de Muze. Also from her pedigree descend the approved stallions Querlybet Hero, Vagabond de la Pomme, Quel Hero de Muze and the bwp champion Inshallah de Muze.€1,000 frozen semen - no terms are given but multiple foals can be registered. 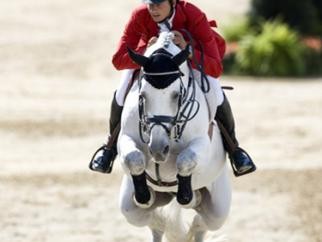