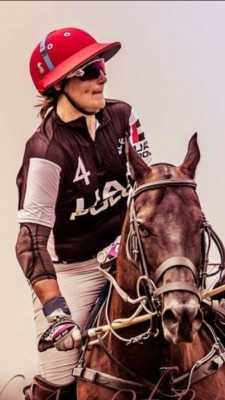 Sarah Wiseman began playing polo at the age of 12. She plays as a professional for both mixed and Women's teams including Amazon Polo.

She launched and manages Knepp Castle Polo Club in the UK. Known locally as Aspect Knepp, they offer low goal polo tournaments throughout the UK summer season, livery services and a string of rental horses for visiting players to come and join.