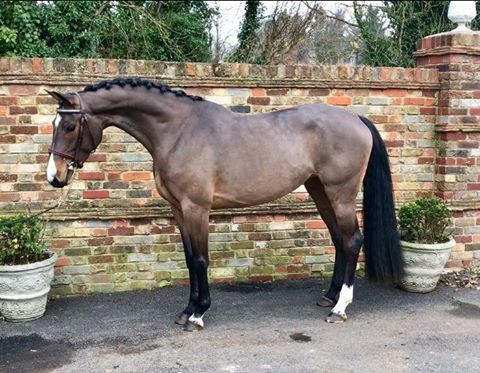 This stunning 2013 mare is exceptionally bred, she is 3/4 sister to the legendary CASALL • Old Wives Lees, Canterbury, UK

This stunning 2013 mare is exceptionally bred, she is 3/4 sister to the legendary CASALL ( ASK ) .

The most successful Caretino offspring in competition is Casall la Silla out of a Lavall I dam. Under Rolf-Göran Bengstsson, the 12 year old bay is rated among the top show jumpers in the world. Moreover, he has also earned himself a stellar reputation as a sire. In 2009, his son Catch It became champion stallion of the Holsteiner approval and sold for a record 450000 Euro to Denmark. Casall has produced as much as seven stallion sons in Holsteiner breeding and also had the champion mare at the Elmshorn anniversary show in 2008. Caretino sired 37 sons licensed for Holsteiner breeding, 41 daughters have been awarded a state premium, 10 a Verband premium. Beyond doubt, Cristallo is being one of the most outstanding Caretino offspring in competition now. With Richard Spooner, he is among the top American pairs in the show jumping course. America is also the home of Chica's Way, a great international success under Janne Friederike Meyer. Already in his first years as breeding stallion, Caretion had made quite a splash with his offspring. Ballerina won team gold at the European championships in Mannheim under Markus Merschformann, and Charlottenhof‘s Chandra was part of the German team taking home team gold at the European championships in Arnheim under Sören von Rönne. The full siblings Crocodile Dandy and Connally (Alison Firestone and Markus Renzel, respectively), Carefina (Felix Hassmann), Carlo Cassini (Franz-Josef Dahlmann), Cornwall (Andreas Ripke) or Chianti La Silla (Rolf-Göran Bengtsson) are other highly successful horses by Caretino.

This mare shows supreme quality , in her movement and free jumping , she is truly top class .

This is a rare opportunity to purchase a real top class horse for the future . 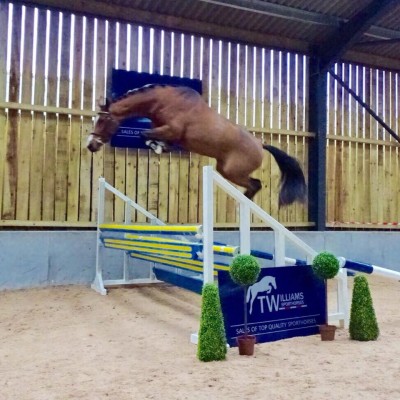