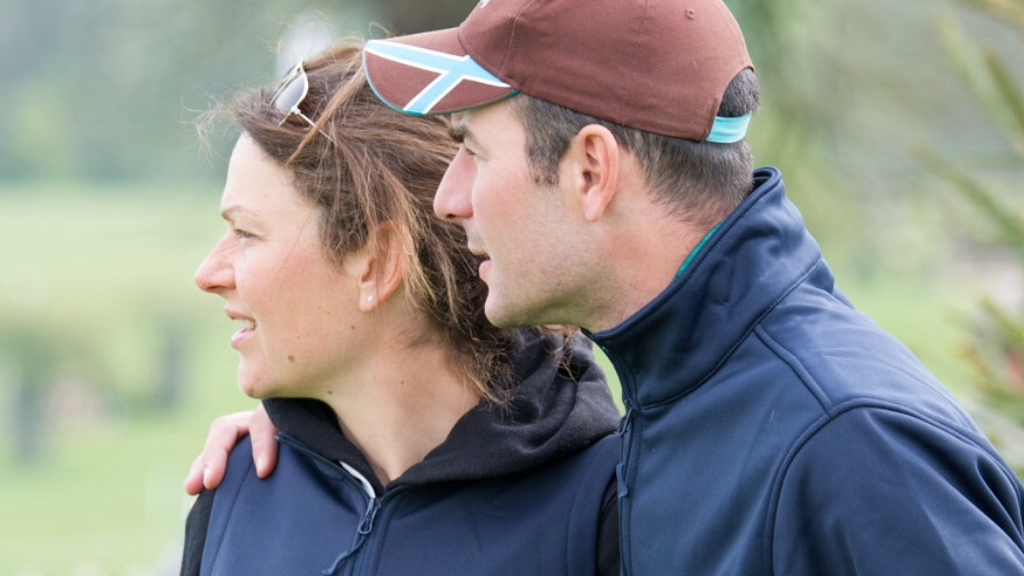 The international event rider talks to Horse Scout about his top horses, his favourite bloodline and what makes a good event horse.

Tell us about your top horse Oplitas.

He’s a 15-year old, 17hh bay gelding by the thoroughbred Fines, and out of the Hanoverian Golf I mare, Berganza, full brother of Armada and Nereo. (see our blog about these two fabulous horses)
I’ve had him four years now (he was formerly produced and ridden by Andrew Nicolson) and he is really good cross country. He is quite sensitive and, although perhaps naturally a girl’s ride, I get on well with him — but you need to be on the right side of him! He is quite grumpy in his stable, stroppy about being groomed, doesn’t like attention and is happiest in the field!

So Oplitas clearly has good breeding — do you think that’s essential in an event horse?

I always look at the percentage of blood. For me, a 4-star eventer has to have about 65%-70% thoroughbred — and the brain to want to do the job… For something less serious you don’t need as much blood.

So do you have a favourite blood line?

At the moment I like the German thoroughbred, Duke of Hearts, and I have three of its offspring in the yard. They have enough blood to be a proper event horses, good brains to be trainable and they are good jumpers too.

What are your top tips when buying an event horse, other than its bloodline?

You can look at a video of them — they have to be well put together — but at the end of the day you need to sit on them and feel them. And they must have a good (trainable) brain.

Tell us about some of your other top horses.

He’s been off a year following a bone chip to his stifle, but we have started bringing Stilo Kontika (Condios/Blue Labamba) back into work and hope to start competing him in the autumn. He was ranked best horse for the Italian team in 2014, placed 5th at a CCI 3star and took me to my first Europeans in Malmo (double clear). He is really strong — and sometimes is a struggle to hold him cross country! Then there’s DaCapo 277, a 17hh, 10-year old gelding out of Duke of Hearts XX. He did his first advanced at Little Downham in June and he will be my best on the flat and a really good jumper.

So, Giovanni Ugolotti How/why did you become a professional rider?

I began riding at around six but it wasn’t until I joined the army at around 18 or 19 that my professional career with horses really began. I had planned to stay for one year but ended staying for six. Most of my training came from there, we were riding a lot of young horses up to advanced level. I’m lucky that my job is my passion.

You’re engaged to fellow Olympic event rider Kathryn Robinson (Olympic rider for Canada). Tell us about your partnership and are you competitive with each other?

We sometimes have arguments but it’s great having someone to keep an eye on you every day. We are competitive but we push each other to do better. Kathryn would say my strengths are that I’m calm, collected and focused on job in hand. For me, I admire her patience. Our wedding is planned for next year.

Do you train with anyone else?

Once a week we train dressage with Henriette Anderson – 20 mins away from Cranford Stud.

So what’s your weekly schedule for the horses in competition?

We school on the flat twice a week, jump once, take the young ones cross country a week before an event and the good ones will go up the gallops every four days. They’ll all get a day off the day after a competition, then I’ll lunge them the day after that, normally in a pessoa.

And what’s the best tip you’ve ever been given?

That if you keep training and believing that what you do is right, the result will come eventually.

Innovation… when you look for a horse that you want to buy, you can enter all your criteria, listing everything from its height to the level it’s at… You can also network and promote yourself as a rider.

Find out more on Horse Scout

To find out more about Cranford Stud Eventing and to view Horse Scouts Professional Profile page for Gianono Ugolotti use this link.
Giovanni has an amazing track record and has horses for sale from his yard in Gloucestershire listed on his Horse Scout Profile Contessa V is one of them.  If you are looking for a Stunning black 16’2″ mare who is just 7 years old this Hanovarian by Conteur out of a Medoc mare is described as  ‘delightful’ and ‘very easy to do’. This horse already has 24 foundations points and has been ridden by an 18 year old.
Previous article