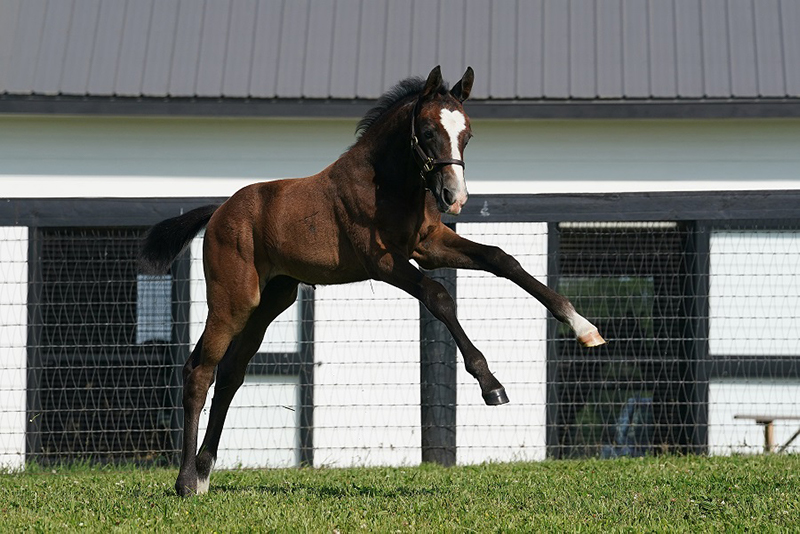 An exciting collaboration has been established between Spy Coast Farm, one of USA’s largest sport horse breeders and Mares of Macha, a Belgian company selling embryos, which could help revolutionize, monetize and incentivize the sport and breeding industry. It is also hoped that this partnership paves the way to increase two-way breeding trade between the US and Europe.

The objective of the collaboration is to identify and champion top dam lines (some of which may have migrated to the US) and then make the acquisition of their frozen embryo’s more transparent and accessible to buyers all over the world.

The seeds of the partnership were sown when Lisa Lourie of Spy Coast Farm was approached by Klaas De Coster of Mares of Macha, to buy a filly from her elite foundation mare “Werly Chin de Muze”. Klaas wished to reintroduce this highly regarded dam line back to Europe and beyond, as he saw it to be one of the best in the world.

Mares of Macha collects frozen embryos from the world’s top dam lines and then sells frozen them to buyers all over the world for preset fees. Spy Coast will help promote the initiative in the US. The emphasis is on giving everyone access to proven breeding via the best dam lines, explains Klaas: “ Our objective is simple: access to proven breeding. It was really difficult if you were a normal breeder and wanted to breed World Cup horses or Olympic horses. It was impossible to get in contact with the right people and be able to even buy the foals and embryos. We were lucky because we already had a connection and contacts within the sport. We wanted to try to make those extremely rare horses available for all the people in the room.”

Spy Coast Farm has long been a highly regarded breeding operation in the US. Now it is making its mark on Europe, which for years has been considered the epicenter of sport horse breeding. Klaas recognized and admired what Spy Coast was achieving and was keen to buy their foundation mare, Werly Chin de Muze. He explains why. “Werly Chin is out of Querly Chin, I think she is the best broodmare in the world, ever. I am a mathematician so I do the research and I look at results. No other horse has done what she has done in producing top horses and Werly is a direct daughter. She has given a number of 1m60 horses already. She is such a special mare.”

As testament to the success and reputation of Spy Coast Farm, Lisa has been regularly approached by breeders from all over the world to sell her mares but has resisted the temptation. Yet she felt it was a ‘meeting of minds’ with Klaas and after much persuasion, she agreed to sell her beloved Werly to Mares of Macha.

“By selling to Mares of Macha, I could be assured that Werly’s genetics will be dispersed to the maximum number of breeders rather than just one breeder” explains Lisa. “I was impressed by Klass who was not just a breeder, he was an entrepreneur.” Mares of Macha is not so much a traditional stud but rather a highly thought out enterprise, with the aim of making the best bloodlines available to a wider market as frozen embryos. We agree with each other’s philosophy of breeding and hope that this venture will positively impact sport horse breeding around the world.”

WANT TO LOOK LIKE FRANCESCA CUMANI AT ROYAL ASCOT?