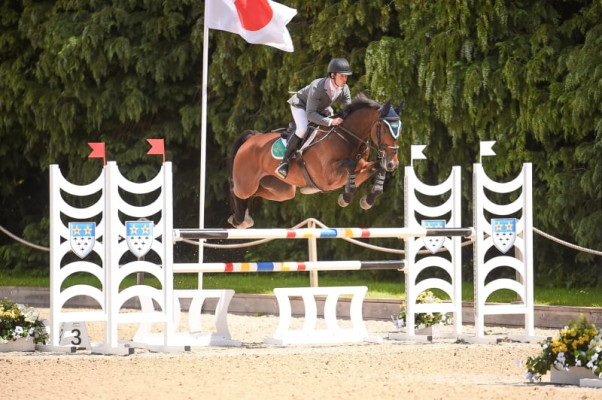 Fred was born and raised in rural Ireland. He started his riding career like most kids with weekly visits to his local riding school. This naturally progressed into his first pony, then a second and then a third...

By the time Fred reached the age of 15 he and his mother Janie had bought, produced and sold close to 20 ponies, a number of which had reached the top levels in both Eventing and Showjumping. Between riding his ponies and his schoolwork Fred spent every waking moment working in local Racing and Dealing yards.

Once 16 Fred left school to pursue a full time career in horses and moved to the UK as a working pupil for Event Rider Matthew Wright. After a year and a half of invaluable learning Fred was offered a job producing young showjumpers for prolific breeder Keeley Durham. Although this was a fantastic opportunity Fred realised that it was the thrill of the cross county and the sport of Eventing that he was most passionate about. He secured a job as rider for British Eventing Champion Lucy McCarthy (nee Wiegersma). It was during this time Fred really learnt to be a competitive rider with a good string of horses to compete and inspiring mentors around him he concluded his time in the UK by gaining a top placing and winning the highest placed Mare award presented by Anne, Princess Royal at Gatcombe Park International Horse Trials and with his mothers horse HEDONIST.

Now 20, Fred returned to Ireland and started working for Olympian and World Games Silver Medalist John Watson and his son Sam Watson (Current world silver medalist). The Watson Family really supported Fred and when Sam made the decision to Relocate to the UK to compete in the major 5* events John allowed Fred to take in horses of his own and helped him set up for himself. With the support of some truly fantastic Owners, friends and family, Fred's business went from strength to strength and by the age of 24 Fred had Built his own yard at his family home of Corriebeg, he had been crowned Irish U25 National Eventing Champion, Winning the Tattersalls CCI3*-L and had represented Team Ireland at Young Rider European Championships in the Czech Republic and at the World Breeding Championships in Le Lion d'Angers, France.

The decision to build his own stables had forced the sale of his top horses. This presented Fred with a choice to make. To start again from scratch with young horses or to further his education and gain more experience? Just a month after selling his last horse Fred boarded a flight to Florida and began work for Olympic medalist, and now great friend, Darren Chiacchia. He spent this time based between Ocala and Wellington competing in both Eventing and Showjumping and with Darrens help quickly notched up some credible results such as 2nd place at Rocking Horse Intermediate and winning the WEF week 6, 6yr old Power and Speed jumper class.

Later that season Fred returned to the UK to ride for Ramscove Eventing Ltd. where he continued a run of great results before returning to Ireland and his yard at Corriebeg.

Once home Fred concentrated on growing his business, but a run of bad luck presented challenges that proved difficult for him to get back to where he wanted to be. Despite this Fred continued to produce and sell horses with the support of a small collection of owners and friends, some of whom he had met while in America. Mainly Showjumping, Fred continued to compete producing horses up to national Grand Prix level until once again the opportunity presented itself to relocate to the UK, but this time on his own. Fred, along with a small string of young horses, moved again to English soil and in late 2016 Fred returned to Eventing aboard Corriebeg Vivendi, a horse he had found as a weak 5yr old 2 years earlier and had always believed would be special. By the end of 2017, Corriebeg Vivendi AKA Donald (as he is known to his friends) had notched up multiple wins and placings at Novice and Intermediate level. Fred has always dreamt of an Olympic medal but for the first time he felt that he could turn this dream into a goal. It was then Fred quietly set his sights on Tokyo 2020.

2018 Fred had a superb season with an impressive 23 out of 29 Eventing starts finishing in the top placings. The year concluded with a Top 10 at Bicton International CCI3*-S and Fred's marriage to his wife Naomi.

At the start 2019 Fred's goal was an Olympic qualification. It was possible but they had to move from CCI3*-S to CCI4*-L with a qualifying score at each level. No easy task as that meant moving up 4 consecutive levels in one season. The results of 2018 had not gone unnoticed and Fred was given a place on the Team Ireland 2020 Horizon Squad. This meant Fred was now supported by the Team Ireland high performance coaches, physios and vets.  With this support and training Fred has campaigned the International circuit, gaining impressive results at every level.

Starting with Houghton Hall International CCI3*-L Fred finished 9th of 73 starters with a double clear and the fastest cross country time of the day.

Next was Chatsworth Advanced finishing a credible 14th in a very strong field.  In July Fred and Corriebeg Vivendi took 6th place at the prestigious Barbary CCI4*-S, and earnt himself his first senior Cap for his country and a place on the FEI Nations Cup Team at the Camphire International CCIO4*-S. The Irish Team Finished in 2nd.The final run of a busy 2019 season was to be Millstreet International and would be the pairs toughest competition to date. Not only was it their first CCI4*-L but this event was potentially the Olympic qualification that Fred had dreamt about.

Fred and Corriebeg Vivendi concluded the 2019 season a 9th place at Millsteet CCI4*-L jumping another double clear and qualifying for the 2020 Olympic Games.These efforts have seen Fred become a member of the Irish High Performance Eventing Squad as well as being long listed of the Olympic Games.

Fred is now seeking the support of investors to join Team Scala with the shared ambition of Olympic glory. 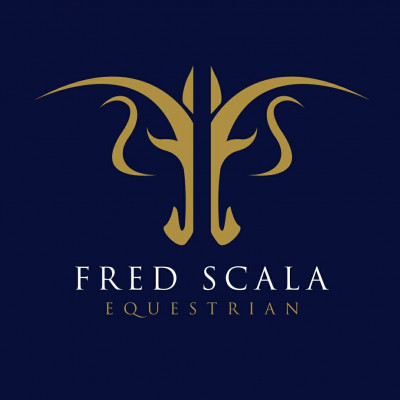