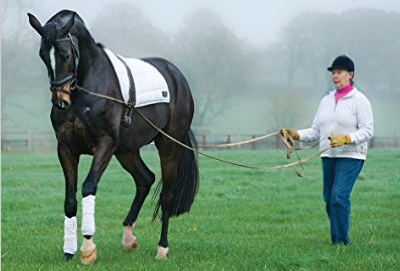 A guru, an inspiration and an aspiration to so many in her long career, a main stay of the horse world.  From serious professional to grass roots riders confidence is given by her presence on so many committees. She has now stepped down as Chair of British Dressage after seven years at the helm but remains a key player on so many others. Her advice and expertise is a sought after commodity in so many areas of the equestrian industry. She has recently re editioned her book Lunging and Long reining – one of the most comprehensive “how to” guides I think I have ever read. Every eventuality and horse language nuance is covered, and obviously written by drawing on her deep knowledge gained through hands on experiences over her 45 year career at the top of her game. She has also written three other really helpful and informative books. The Illustrated Guide to Dressage, Young Horse Breaking and Training and also a Complete Guide To Dressage. She also has a “Successful Dressage” Series out on DVD.

Virtually born in a saddle her Brother, Michael Bullen, and sister, Jane (nee Bullen) Holderness Rodden, where also international and Olympic Riders who represented Great Britain successfully on the Eventing Teams. Another sister, Sarah, famously featured in international Velvet (as Beth). A film which also featured Jane as “a rider”. Her Mother Anne Bullen, who was an accomplished Artist/Illustrator, founded the Catherston Stud in 1949,would often paint her (six) children and their ponies. Jennie Loriston Clark commented in an Horse and Hound interview that she “was not sure if her mother ever slept”!

Jennie Loriston Clarke has, herself, represented Great Britain on Olympic Teams four times, her first at the age of 29 at the Munchen Games riding Kadett who she also took to the Montreal Games. Her next Olympic ride was on Prince Consort in the Los Angeles Olympics of 1984 followed four years later with the incredible Dutch Gold on whom she won a Bronze Medal at the World Games. She followed Dutch Gold with Dutch Courage who she trainer herself from the age of three, who came over from Holland. Initially he was a very difficult ride but with Jennies’ patience he proved himself and was then put to stud. Stamping his stock well and becoming a key foundation of the Catherston Stud.

Jennie Loriston Clarkes’ famous career with these successful horses has undoubtedly benefitted from her wide experience in the other disciplines. She has ridden Point to Point, evented, shown hunters…. The list is possibly endless.

Jennie has now handed the reins of Catherston Stud to her Daughter Anne Dicker and her husband Brian, took over in 2011 and moved their staff with them to Catherston Stud from Hurstbourne Equestrain Centre which they had established in 2001.

Jennie is still a large presence in the breeding world. Jennie was the first Briton to be invited to Judge the World Breeding Championships in Verden she has stood as judge for World Cup Dressage Qualifiers and was on the jury at the Finals in Amsterdam in 2005 and is an Evaluator for the British Equestrian Federations Futurity Scheme which evaluates Britain’s potential performance horses as foals, yearlings and three year olds awarding points which then indicate the likely performance careers. An elite premium indicates that the horse has the potential and outlook to perform at international level.

Sought after as a panel judge Jennie still judges at events, and shows and is invited to speak all over the world. Jennie Lorsiton Clark is a Profiled Professional Rider on Horse Scout and you can use this link to find out more about her and also to follow her.

We have several blogs on the Catherson horses

A short piece of Timolin their star stallion

A review of Event Breeding Bloodlines